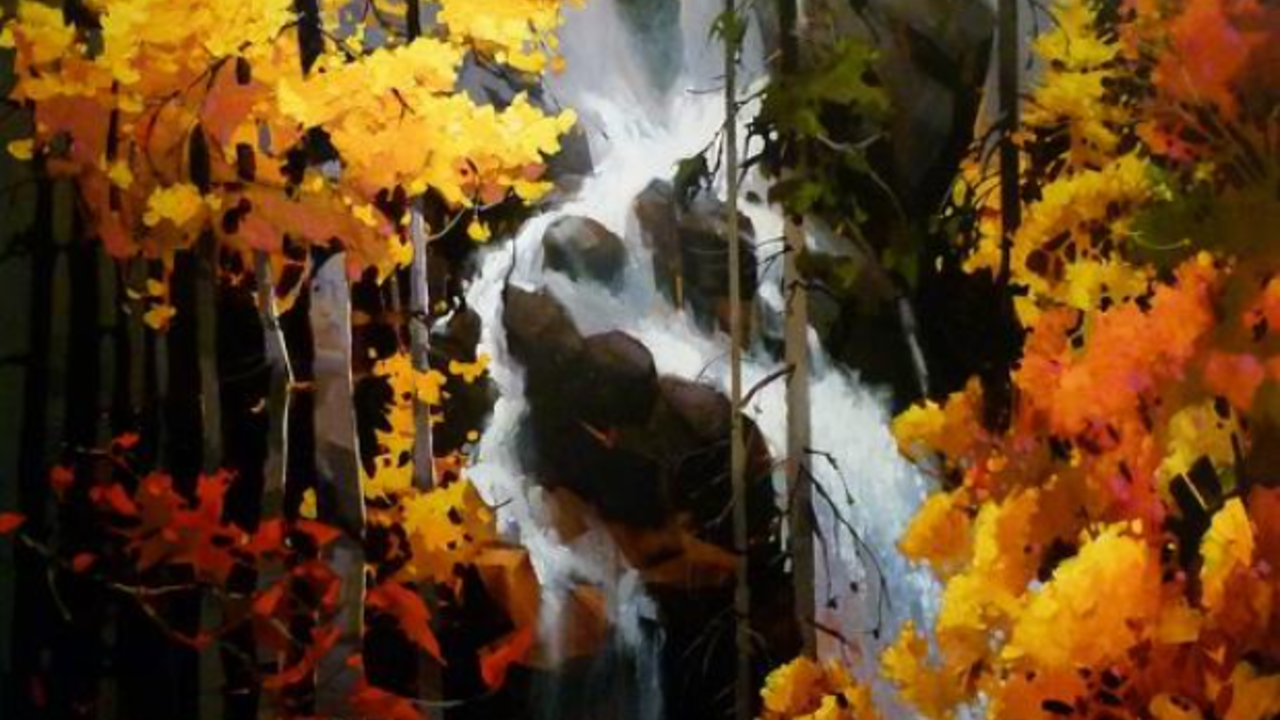 In our first monthly module, we explored the work of Edgar Payne and his techniques for creating beautiful and artistic trees by studying his painting "Eucalyptus Trees". It's a stunning painting, and what I realized as I was doing the master copy was not only how beautiful the trees were, but also how much atmosphere he had created.

So, it's fitting that we followed that incredible master copy with another this month as we look specifically at the theme of atmosphere by looking at some work by the Canadian artist, Michael O'Toole.

First, let's do something helpful and define atmosphere. What is atmosphere in a painting?

Well, great atmosphere might be difficult to describe, but in art it is so important that Rembrandt once said, "Without atmosphere, a painting is nothing."

Atmosphere is almost a feeling, isn't it? When I think of atmosphere, I think of depth, perspective, distance, maybe even just air. Because the atmosphere is the air around us, right? We breathe it in and look through it. Sometimes there is water in the atmosphere, sometimes fog, and sometimes - like when I hiked to the top of a mountain a few months ago - it is crystal clear.

So, in a landscape painting, the simplest way for me to describe atmosphere might be that there is a quality of the air that is evident in the painting. For instance, if it is misty, you can sense the mist in the painting. Or if it is sunny and hot, you can almost feel the dryness in the air. Atmosphere also creates a sense of space between you, the viewer, and those far-away objects (mountains, for instance). There seems to be great distance in the painting - even though it is a two-dimensional object.

Now let's turn our attention to the artist we are looking at this month, because, in my opinion, he is a master of atmosphere. I have loved his work for years, especially looking up to him as an acrylic artist.

Michael O’Toole was a Canadian artist who worked in a vivid impressionist style. Unfortunately, he died while he was still young, but he still accomplished a lot in his career. His landscape paintings are stunning. One can almost feel the mist from the waterfall on your face and the sun on your skin. Truly, his paintings stand out from the crowd and have always been highly sought after - probably even more so since his death. Many of Michael O'Toole's paintings sold for over $5000.

Taking up O’Toole to paint my master copy taught me a few important lessons: 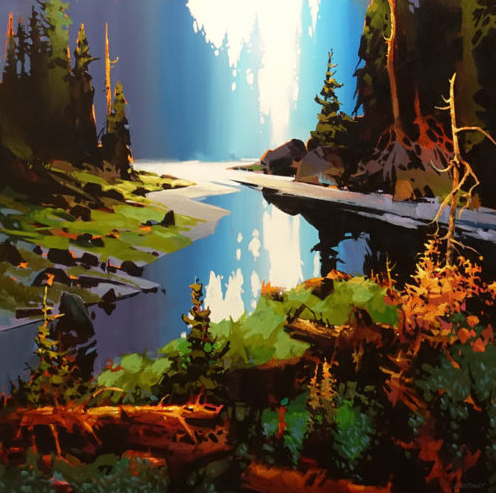 These three things played together to create the awesome atmosphere in O'Toole's paintings. Once you figure out what he's doing, it isn't so overwhelming and confusing. Michael had a system. That’s great news for us because a system can be replicated, learned from, and adapted! 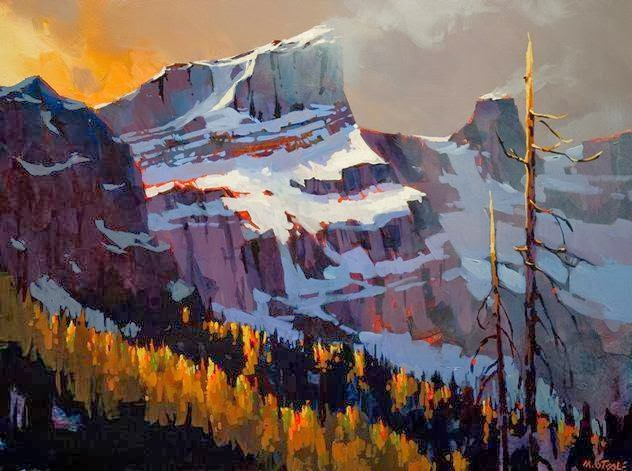 It was during this time that he began experimenting with visual art, using the professional skills he’d developed to pursue his creative side. He made works in graphite, gauche, pen and paper, and acrylic. His paintings quickly became the main focus of his work. He started developing his style and approach, which he described as a “balance of emotion and skill.”

His style is similar to that of his instructor, Charles M. Svob. Side-by-side, you can see the similarities, though O’Toole sharpens up Svob’s more vague approach. O’Toole, using lessons from his career as an architect, drew on Svob’s sense of color while creating beautiful crisp, clean lines. The end result is the Michael O'Toole style!

The bright colors give O’Toole’s paintings a dreamy quality. The scene jumps out at you and sucks you in. His works are truly masterpieces. What I wouldn't do to have an original of his!

As for subject matter, O’Toole’s mainly painted landscapes and seascapes. His ability to capture the light and grandeur of a moment is impressive. Although known for these grand scenes, he also tried his hand at portraiture and architecture. Michael O'Tooled traveled a bunch during his life and this kept a steady source of inspiration throughout much of his career.

O’Toole was a central figure in Canadian art in his lifetime. He lectured widely on art and his work was sold around the world, exhibiting frequently in his native Canada. 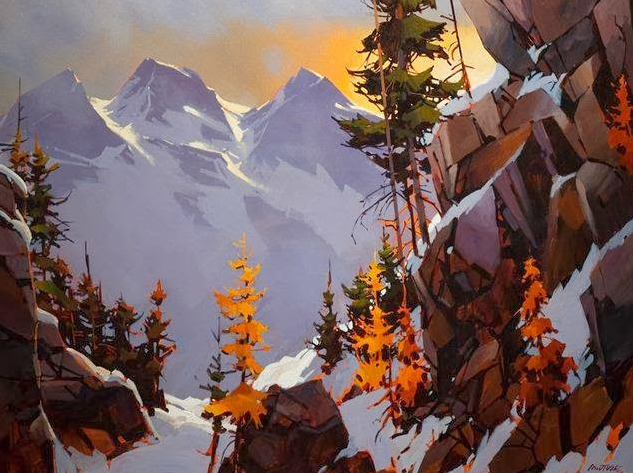 In December of 2018, O’Toole died of an opioid overdose at only 55 years of age. He made an impact in the world of art and in the lives of those around him, and we appreciate that gift that he shared with us. He impacted me this year as I studied him and his paintings.

You can access our module on atmosphere by becoming an Acrylic University member! Click here for more info.