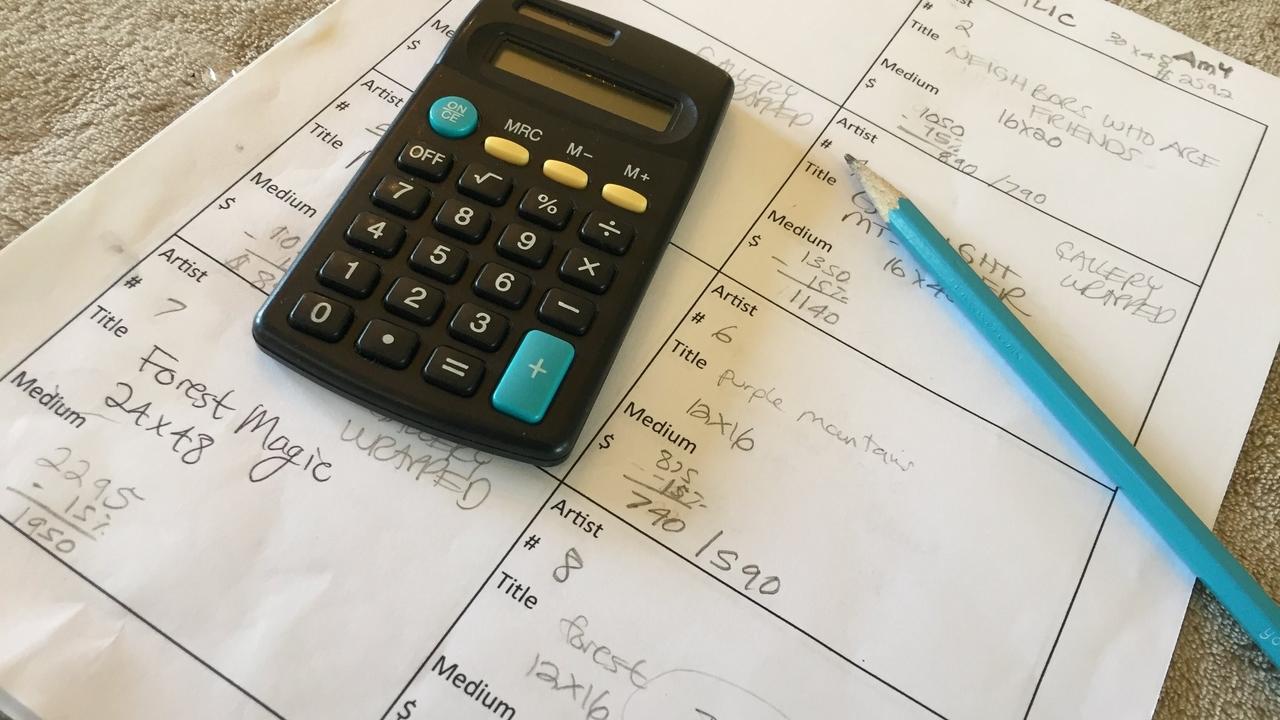 How Should I Price My Work?

Here are some thoughts from acrylic artist, Jed Dorsey, on how to decide on pricing for your artwork:

This is a hated topic. One of the most important things is that your pricing makes sense, and pricing by size is the only way that I know that it really makes sense. If you price something on how much time you have into it or how much you like it, that doesn't make sense. To anybody else, other than you, you can't just randomly choose a painting that you say is your favorite and price it two times as much as every other painting.

A lot depends on your goal. If you're trying to make a living as an artist then you need to figure out how you can generate enough money from what you're doing to provide for yourself.

One of the best books I have read, from my dad, was called, "How to Make a Living as a Professional Artist." It's a really old book, probably written in the '60s. The author's main point is that you should sell everything you paint. That goes against some of our popular notions because I think a lot of times artists price their work really high. Then they never sell anything. But they feel like they're valuing their work because their prices are really high and they would never think about lowering their prices. If they lowered their prices it would mean they're under-valuing their work. 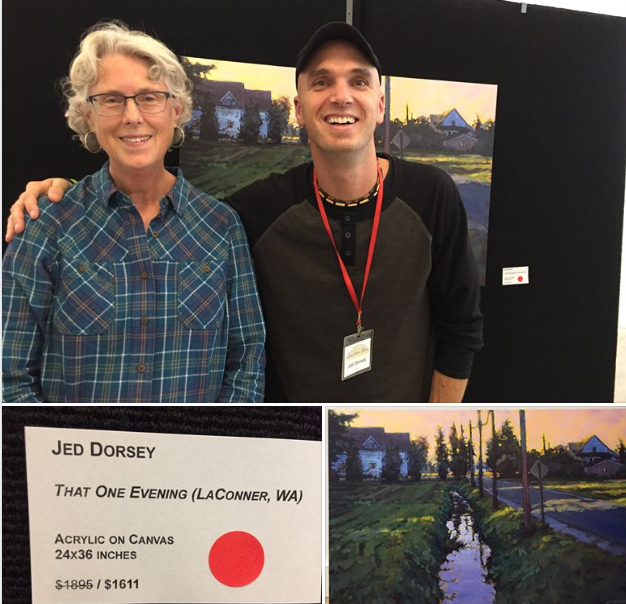 But you have to price it for what you are happy with. You can't price it too low but you can't make it so that your work is not valued. You have to figure it for yourself as an individual. What will work for you and what are your goals? There are some resources out there, some art marketing guides that can be really helpful.

My friend, Justin Vining, in Indianapolis has done something that's totally against what most of the art world would say. He prices his paintings quite reasonably. He sells a 9 by 12 framed piece for $225 (at least in 2018).

They are plein air pieces that he has painted and put together. The gallery was taking a 30% commission and he was selling the pieces for $225. That's not a lot of money but he would sell about 80 of them in one show. And he would sell other paintings that were a lot bigger and more expensive. So he had a range from $225, for these really reasonable paintings, to $3000 or more for big paintings. But price per inch he was still making okay money on those smaller ones. And he would finish them in a short amount of time because he paints a lot and he paints outside. He does it with enthusiasm and he works super hard. Then he gets people excited about what he's doing and sells to hundreds and hundreds of people all the time. They are following his work and they're excited about what he's doing. And he's always promoting.

And unlike a lot of people, he's chosen to try to sell everything he paints. He doesn't raise his prices to $600, which a lot of artists would do. He doesn't walk away from the gallery, having sold 10, and taking home 70 to store and keep track of. He's been an influence on me, When we lived there I noticed what he was doing and we had some really good conversations about it. I think that his method of marketing is something that the art world needs to hear. He's been a successful full-time artist for eight years now.

He's looked at what the market can bear where he lives. He lives in Indiana, not New York. And it's not LA. So he's looking at where he is at and he's looking at what he sold things for in the past. And he's just making it work with where he's at. And he sells almost everything he paints. So that is my advice on pricing your work even though I didn't give you a specific answer.

Some Thoughts on Painting Size & Pricing 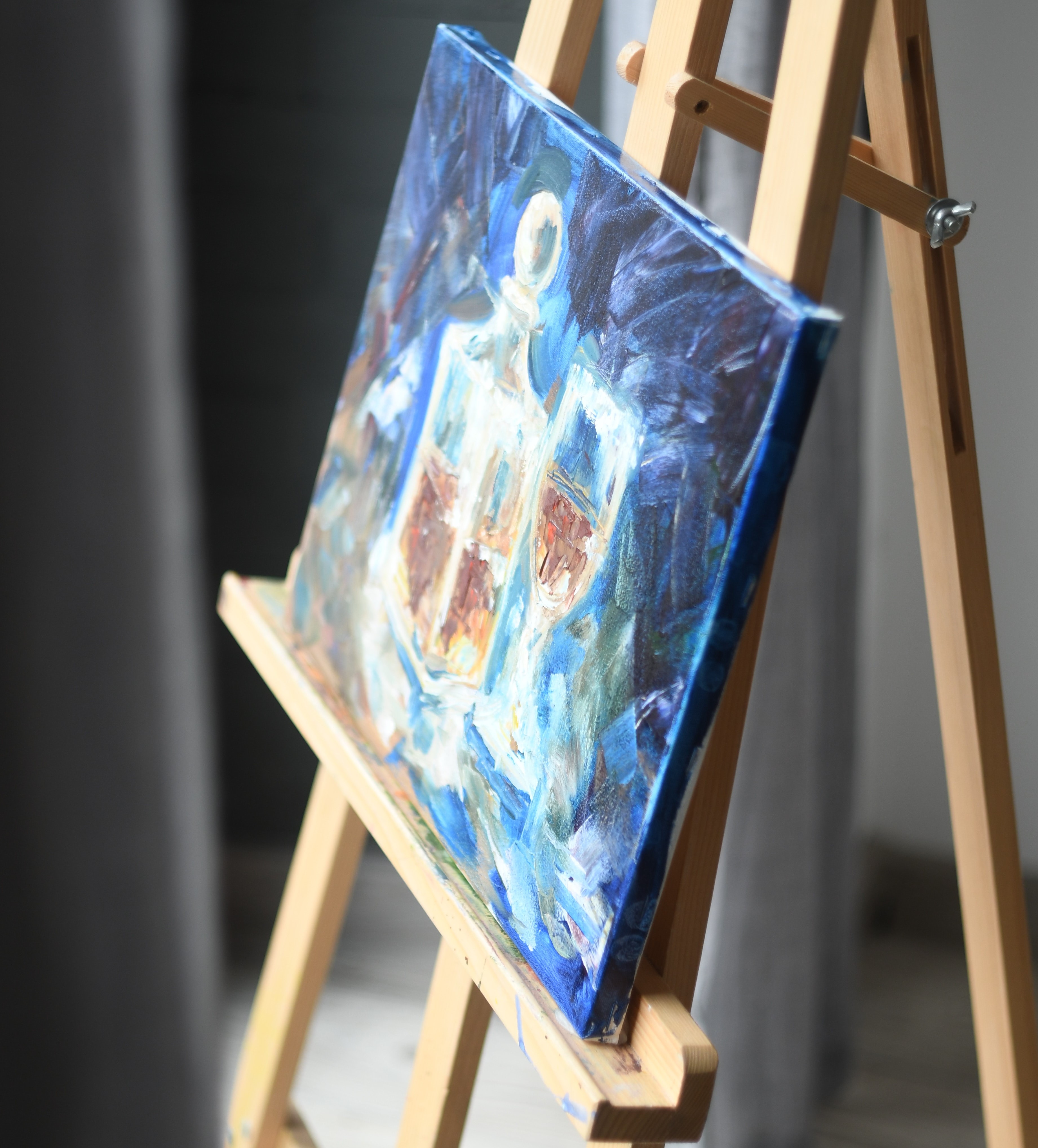 An Acrylic University member asks: "Is it best to paint the same sizes as a rule? I keep trying to appeal to all kinds of buyers with very small works and up to 11 by 14. It is so hard to sell art in this area that I keep thinking if I have lower items, people will buy more. Yet, it does not seem worth the time for that small stuff sometimes." 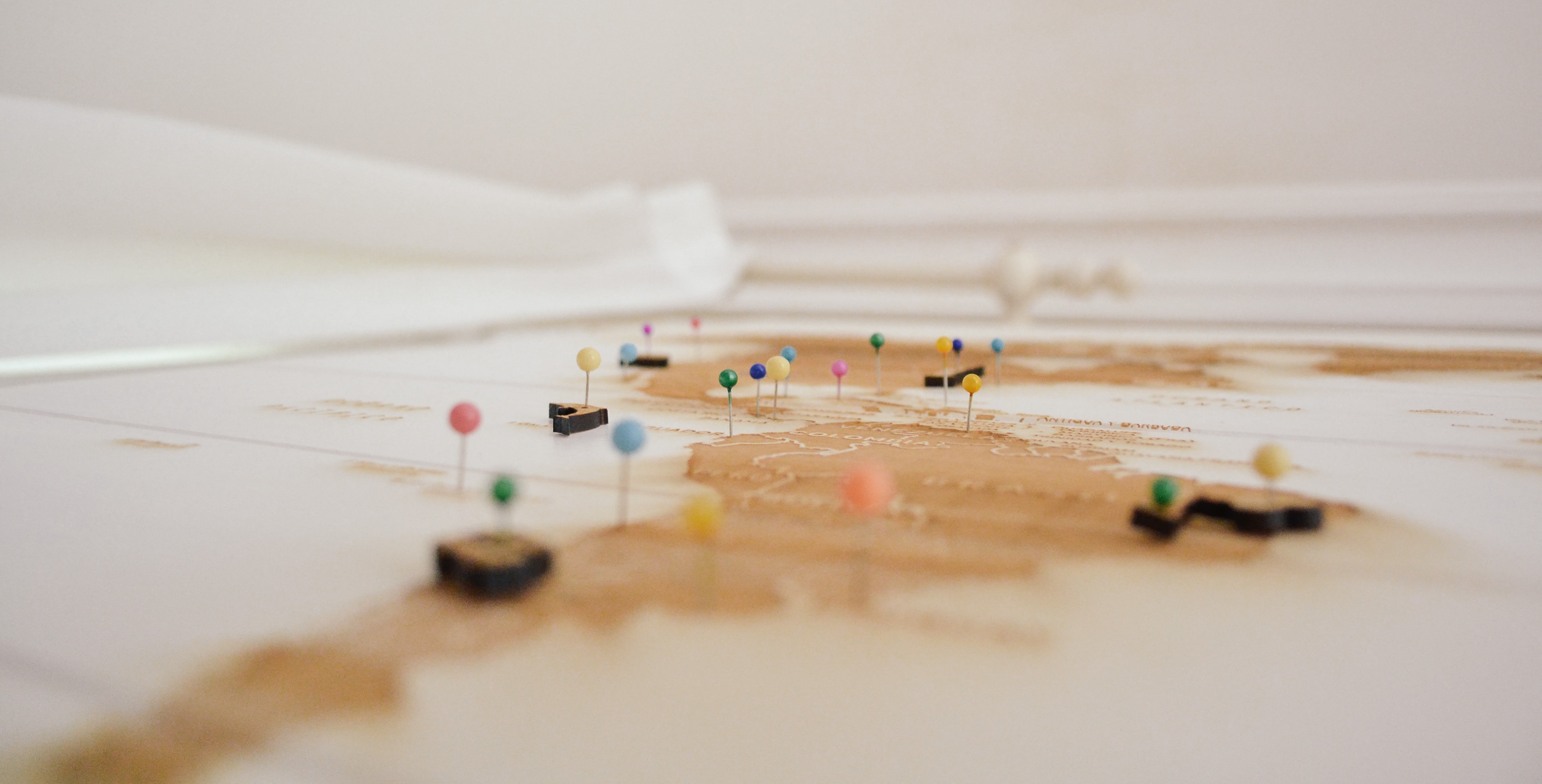 Finding ways to get your art in front of people, who, one, think that it's significant, and two, have the money to be able to buy is really important. And then, there's this third part where you have to find somebody who connects with your painting on an emotional level and who thinks, "I need that. That painting right there, I need that in my house. I need that in my life." It's always an emotional connection that gets us to make a purchase.

Sometimes painting smaller is excellent because it does provide a lower entry point. I'm a firm believer in having your size correlate to your price. So if you have a smaller painting, it should be less expensive than a bigger painting. So if all you have are big paintings, then you might not be able to sell work at that lower level where a more significant portion of the population wouldn't be able to buy it. It is good to have a range in the sizes that you paint. 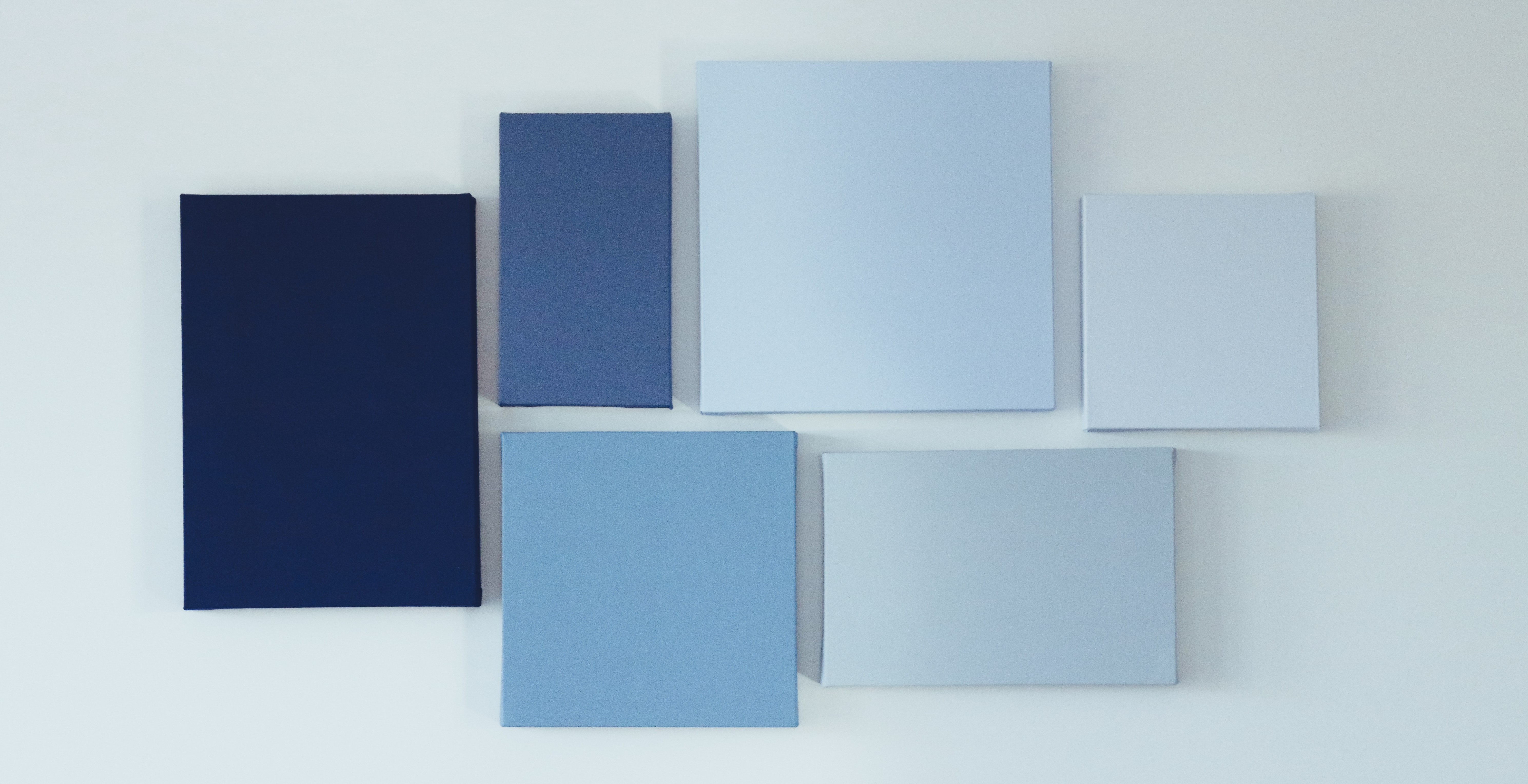 But there's an underlying more significant philosophy in creating art for sale. You must create the best quality of art you can and keep working on creating beautiful art.

09:15 I took a workshop from Robert Genn a long time ago, and he would always tell people who want to be professional artists, "Go away, paint one hundred paintings and come back when you're done and show them all to me then we'll talk. Don't tell me you want to be a professional artist until you paint 100 paintings at least, and then we'll talk." He also said, "I've never seen a fantastic artist who didn't make it. You will be found out. You can't hide. When you become a great artist, you won't be able to hide in your work. People won't ignore it." If you reach that level, the problem won't be so much not being found. You will be found. But the problem is, we sometimes settle for a standard that's not quite high enough. And so, sometimes we have to press ourselves and say, "Okay, I just need to keep working and keep growing." And I'm still in that place. You will never outgrow that place.

10:58 That's the striving for excellence journey that we're all on––we're all wanting to get better. And what's great about that is, it's fun because if we somehow reached what we thought was our goal, then the challenge of painting would go away and it would get boring.

For me, painting is challenging every time I pick up my paintbrush, and I put it to canvas. I never run out of challenges and problems that I keep having to solve. That's what I think makes painting fun, and I think it's what makes it good for us physically and mentally because it keeps your brain engaging and working, and it's healthy for us to do that. So keep working and creating goals.

Tell yourself, I'm going to keep painting a lot, and I'm going to work on small and mid-size and some large paintings, and I'm going to test the market a bit and see what happens. We need to start somewhere in terms of trying to sell our work if that's what your goal is. And as a word of advice, It feels so much better to sell a painting for less money than to have a bunch of paintings that are high-priced in your closet because you can't sell them.

12:58 I'm a firm believer, especially when you're starting, you should keep your prices a little bit more reasonable and allow people to have that entry point. But you also have to know your area. Different areas have different buying capacities, and they're not all equal, so figuring out ways of getting your paintings into other arenas can be helpful.