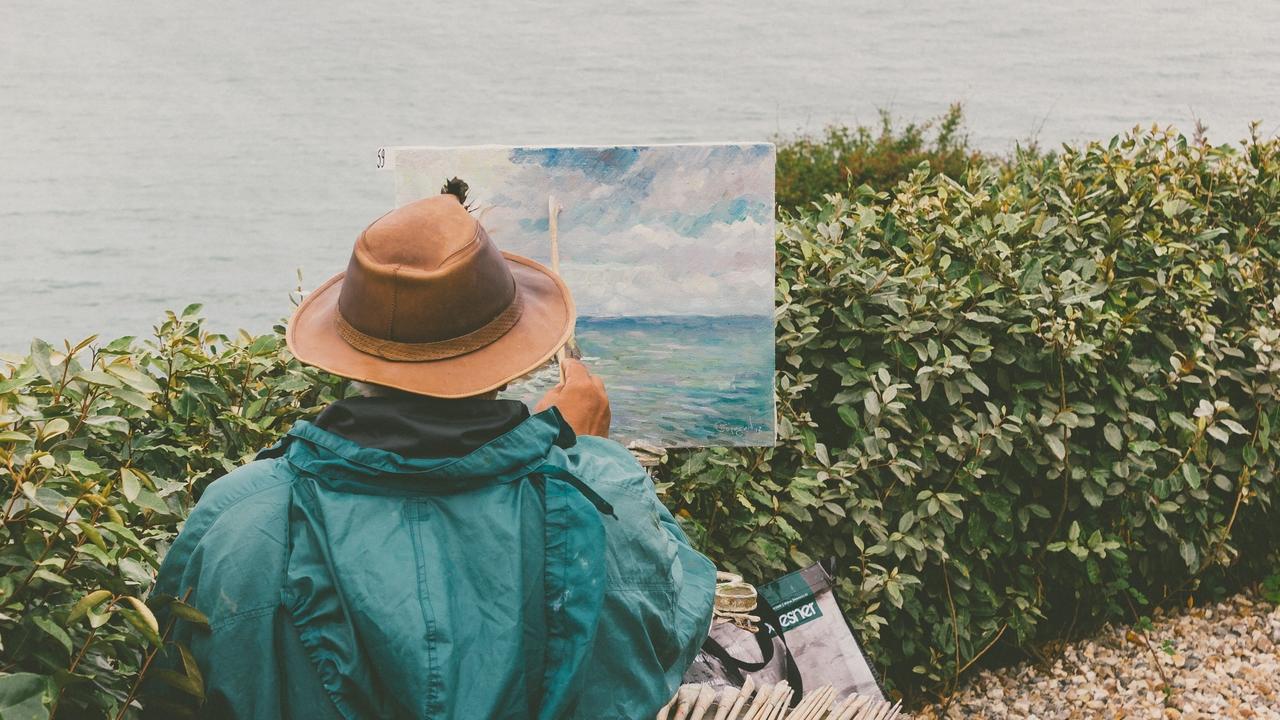 How Can I Avoid Overworking My Brushstrokes?

I have a tendency to overwork and go over my brush strokes until sometimes they're no longer visible. So how can I avoid this pitfall?

Be intentional about what you're doing. It's controlling your mind, and letting your brain say, "Okay, I'm not going to work anymore." You are in charge of your own painting. If you don't have something really intentional that you're doing with your brush strokes, then maybe you need to stop. That idea of "licking your painting," which we talk about sometimes is this mindless activity. It's going over, over, over, over.

It might come from a tendency to try to make something perfect and try to blend things perfectly. If you know that that's your tendency, then you need to fight against it. Sometimes I'm really intentional and say, "I'm getting my big brush out, and I'm putting down a big brush stroke, and I'm not going to touch it. I'm just going to let it be." Sometimes I do that at the end of a painting because if I've overworked it and I know that it had a looser feel earlier on I'll get out a bigger brush at the end. I'll try to do some really definitive brush strokes because I know that that is what I want.

Fight against repetitive brush strokes that don't actually do a anything. Try to be as bold and courageous as you can. Use a bigger brush.

The Artist's Guide To Create With Freedom by Jed Dorsey
artist creativity freedom in art getting past insecurities good habits jed dorsey learn to paint overcoming fear stories success strategies
Jul 06, 2021
Angela Bandurka's Incredible Journey as an Acrylic Artist! Jun 17, 2021
How To Glaze Your Acrylic Paintings
acrylic how to glaze a painting acrylic painting acrylic painting glaze glazing how to do a glaze how to glaze a painting
Jun 13, 2021